2017 through the reviews of our happy customers 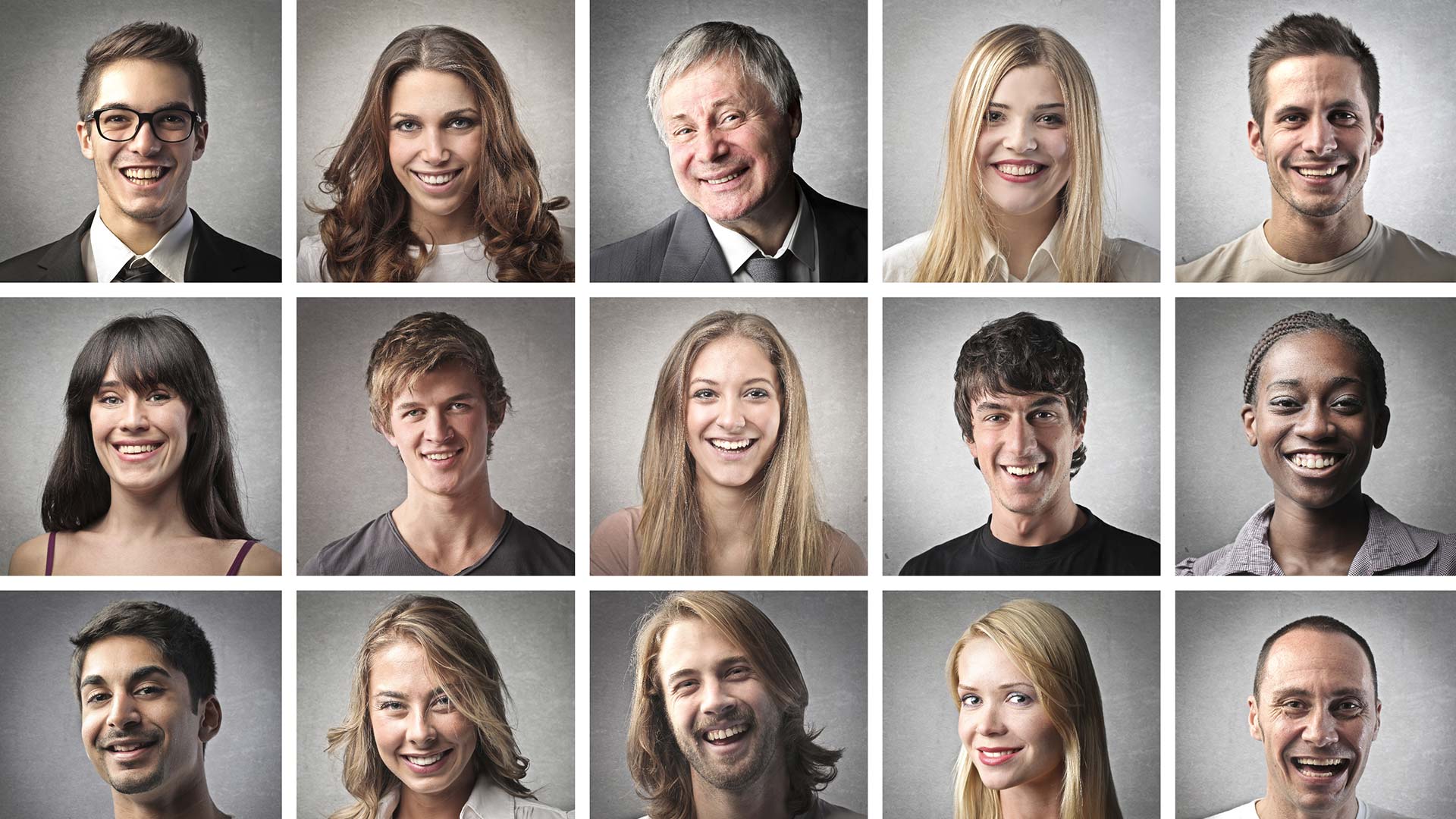 More customers than ever before have worked with us in 2017 to check their finances for mis-sold PPI. With such a busy year now coming to an end we look back at the last twelve months through the reviews left by our happy customers across social media.

Success with TFTP after going direct had failed

Stories from customers like Philippa are not unusual. She had previously complained directly to her lenders and had some success.

However it wasn’t until she came to us for help that our expert checking service uncovered multiple additional claims.

Our checking service unearths lines of credit that some customers may have forgotten about – for example a customer may come to us looking to investigate a credit card and find a loan they had taken out with that same lender turns up with PPI attached.

Even if you have previously checked with some of your lenders you can use our years of claims expertise to see if there is any more outstanding PPI repayments due to you like there was for Philippa.

Bank had no record but ended up paying out

For Matt it was a case of winning something of a battle against his bank. He knew he had a case for mis-sold PPI but the bank told him they had no record of him as a customer when he contacted them directly.

He came to us and using our process he was successful in claiming back the mis-sold PPI he thought he was entitled to.

Some lenders have previously been punished for failing to deal with PPI complaints correctly, such as the multi-million pound fine issued to CT Capital last year.

Consumer champion Martin Lewis said when the FCA confirmed the PPI claims deadline that with the FOS overturning half of bank rejections the regulator ‘shouldn’t protect’ banks “until we can trust banks to deal with complaints fairly in the first instance”.

Indeed the FCA themselves have warned lenders that the deadline will not see a decline in regulation, with Director of Supervision Megan Butler saying: “The deadline is the deadline, but if we find firms are not meeting the standards we expect, we will take action”. 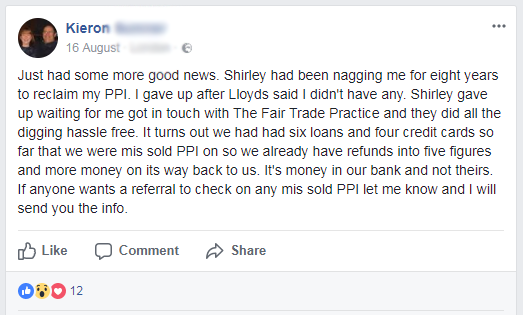 Kieron’s story should serve as a warning to anyone who doesn’t think it’s worth checking for mis-sold PPI.

Having put off checking for the best part of a decade, and after one lender had already insisted he didn’t have any PPI, Kieron came to us and we were able to help him and his partner receive more than a dozen offers of compensation.

After their positive experience with us, and with the help of this Facebook post, Kieron and his partner went on to recommend us to 13 people they knew to help them check for PPI too.

Found out that we’re different after receiving cold calls elsewhere 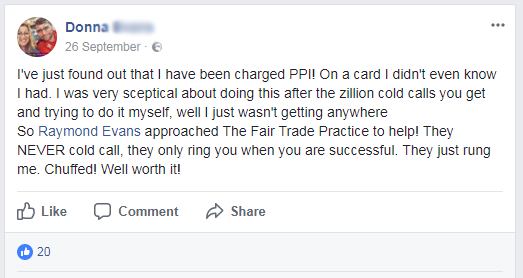 When most people think of claiming for PPI they think of the claims management companies who harass and hound customers with cold calls, spam texts and advertising on radio and TV.

Donna was one of those people, with the constant cold calls having put her off making a PPI claim. But when someone she knew recommended her we helped her and her partner receive 5 offers of compensation.

Our friendly, human approach to customer communications is just one of the things that sets us apart from other CMCs. Find out more in our blog post responding to comments from James Walker, the founder of Resolver.

Customers so happy they send us cards to let us know 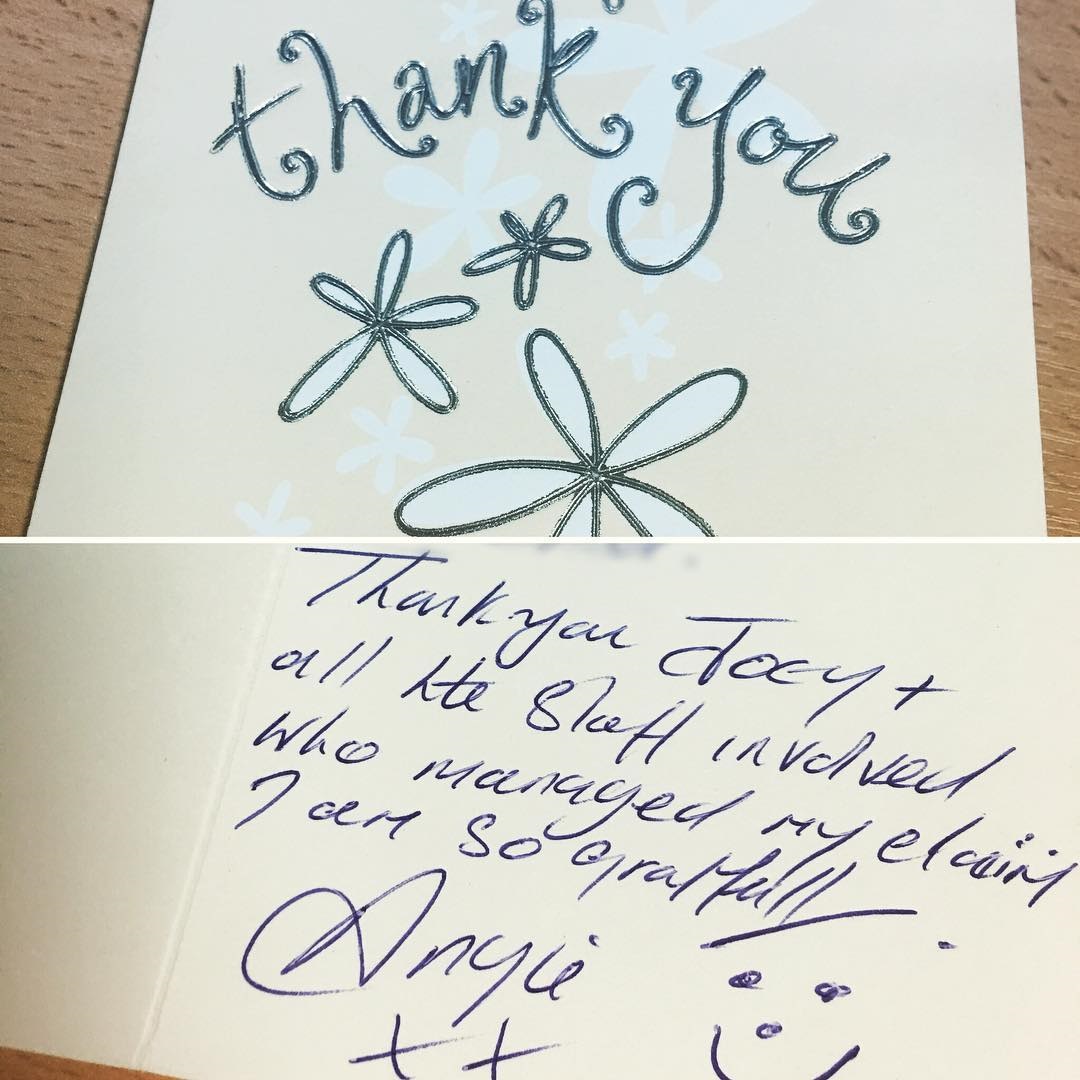 Angie received 3 offers of compensation from loans and credit cards with one lender, including an account she had forgotten about until she checked with us, and took the time to write to us to say thank you.

She responded to a friend’s post on Facebook and later returned the favour by recommending someone she knew to check with us too.

Over 96%* of our customers are recommended to us through someone they know, and 81% of customers who filled out our feedback form in 2017 rated us either ‘Fantastic’ or ‘Great’.

Our customers go the extra mile too 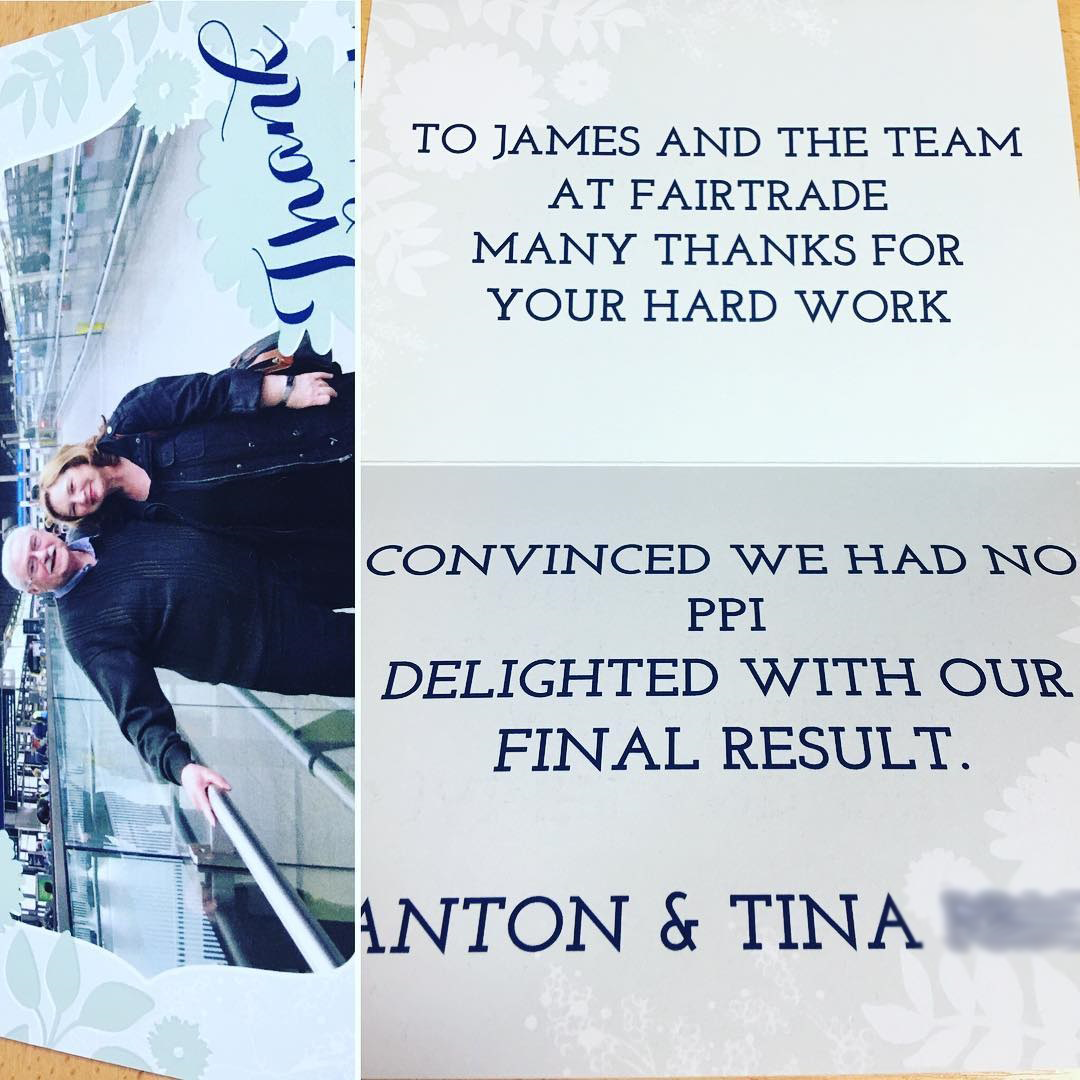 Anton & Tina went the extra mile, literally, to send us a thank you after they were sent an amazing 33 offers of mis-sold PPI compensation.

After a family member referred them to us via word of mouth, they trusted us to check through their finances as we found mis-sold PPI from 5 different lenders, including many forgotten lines of credit picked up by our checking service.

This personalised thank you card was such a nice touch we had to share it on our Instagram page, and it currently adorns the wallboard of customer thank you messages in our reception area.