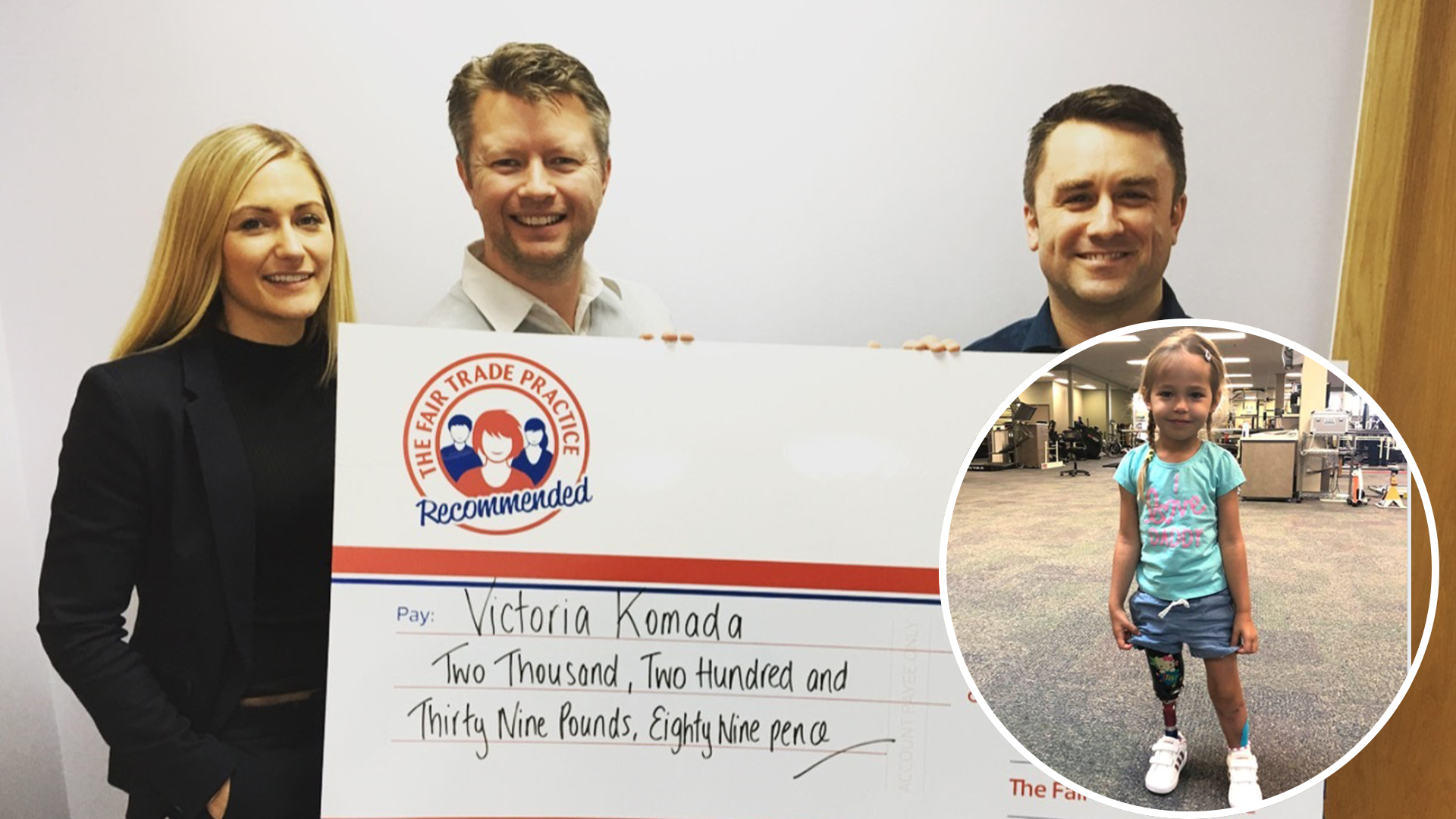 A three-year-old girl born with a rare condition will at last walk for the first time following huge fundraising efforts.

Victoria Komada from Norwich was born with bilateral Tibial Hemimelia, an extremely rare birth condition where vital bones in the legs are not properly formed.

Victoria’s parents tried to raise the money necessary to save their daughters legs, but the incredibly complicated surgery was only available in the United States at a staggering cost of £300,000.

Unable to raise the full amount, there has at last been some good news for the family as the goodwill of people up and down the country, including staff at The Fair Trade Practice, has helped change Victoria’s life.

Later this month Victoria will travel to Florida where her left leg will be operated on and reconstructed by a specialist institute.

By stretching one of the bones in her left leg and straightening her foot, Victoria’s leg will be saved with the help of a frame fitted following the procedure. Her right leg will be amputated but she will have a prosthetic limb fitted, enabling her to walk for the first time in her life after years of difficulties.

At £180,000 this operation would not have been possible had it not been for an enormous fundraising effort. A JustGiving crowdfunding page set up in Victoria’s name raised almost £15,000 in less than 5 months, and the effort received further support after a collection pot in a family owned business was stolen.

It was this news back in March of 2017 which caught the eye of one of our company Directors, and once our brilliant staff members heard of Victoria’s story and a little girl’s one-in-a-million condition, they dug deep.

Some truly selfless acts saw teams raise hundreds of pounds, make individual donations and all together the The Fair Trade Practice family was able to contribute £2,239.89 to Victoria’s cause.

We’re absolutely delighted to hear that Victoria and her family have now finally been given some good news, and are incredibly proud to have played our part in helping to make it possible.

We wish them all the best of luck not only with the operation and rehabilitation, but also for the future. Hopefully we see some pictures of Victoria taking her first steps in the not too distant future.