5 months until the PPI deadline and over £10bn is set to go unclaimed – are those in their 40s & 50s most at risk of missing out? 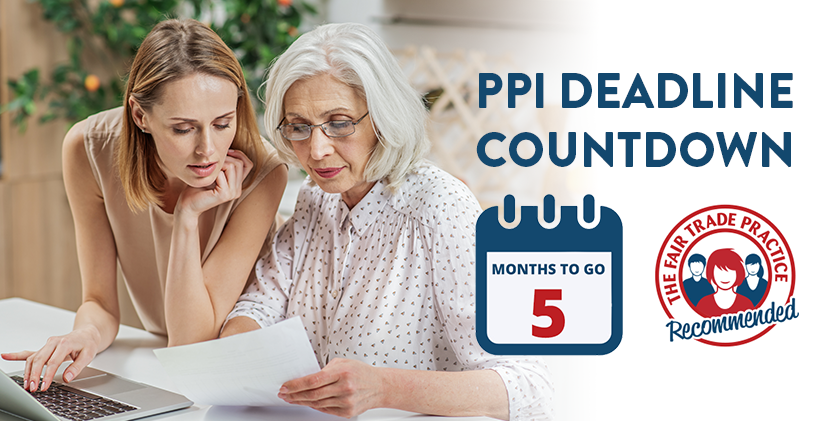 Millions are still yet to check their finances for mis-sold PPI, despite the claims deadline being just 5 months away and £10bn of lender provisions left to be claimed.

Over many years PPI was systemically mis-sold to millions who took out finance, but who are most at risk of missing out on compensation if they don’t check in time?

Never been a better time to check

With August 29th firmly in view, the chance for millions to see if they were part of the ‘biggest mis-selling scandal in financial services history’ is slipping away.

In January more than £334m was paid out to consumers who had been mis-sold PPI, according to the latest data from the Financial Conduct Authority (FCA).

This is the biggest monthly total since August last year, and follows on from the biggest year for PPI payouts since 2015.

With Lloyds Banking Group, the biggest contributors to the scandal, increasing their PPI provisions for the 20th time last month there has never been more encouragement for consumers to act now and check for themselves if they were mis-sold. 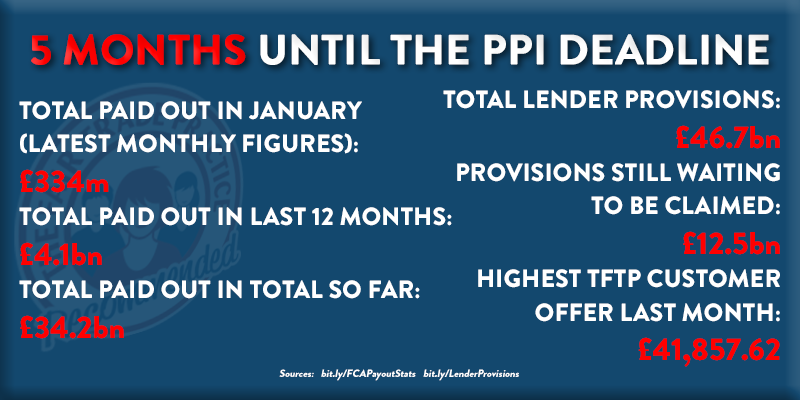 Why should those in their 40s & 50s be especially worried?

Over the last two years, our customers in their 40s & 50s have received almost twice as much compensation as all other age groups combined*.

This is likely to be the result of being loyal to a single bank, taking out more lines of credit and making payments at the height of the mis-selling scandal.

According to the FCA’s ‘Financial Lives’ survey in October 2017, UK adults aged 45-54 were ‘most likely to have had a complaint about a general insurance or protection product’ (the category which includes PPI) in the previous year.

The survey also found almost half in the age bracket held unsecured debt, painting a picture of just how important it is for people in their 40s and 50s to check before they lose their chance.

Why is so much set to go unclaimed?

Numbers of PPI complaints may have risen to record levels but ten billion pounds in funds set aside by lenders specifically to pay back all those who were mis-sold are still set to go to waste, based on current complaint levels.

That means more than 80% of the £12.5bn in remaining PPI provisions is at risk of being retained by the banks, so anyone who has ever had a loan, credit card, mortgage, overdraft, store card or catalogue credit must start checking now to avoid missing out.

Millions have no idea whether or not they have a case to complain about, with one of the main reasons for mis-sale being that PPI was added without the customers’ knowledge. 95%** of our successful customers here at The Fair Trade Practice were unsure if they had PPI before they worked with us.

Just finding out if you’ve ever had PPI is not enough to beat the deadline – you must have actually filed your complaint with the lender by August 29th for it to be investigated in time.