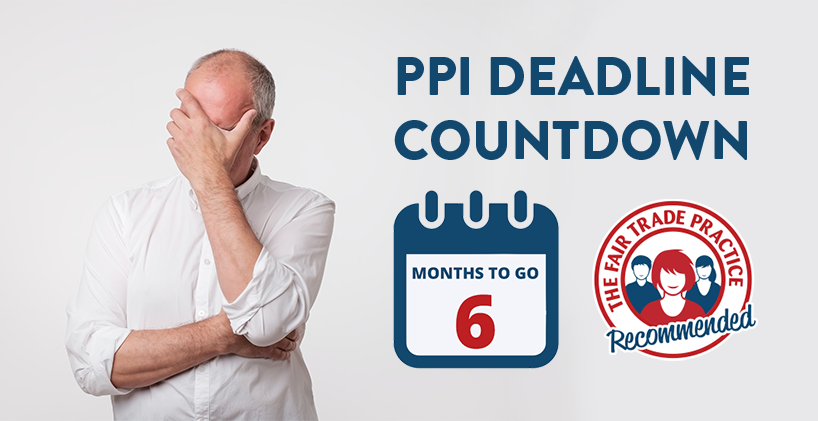 As the countdown to the PPI claims deadline reaches 6 months to go, it has emerged that the scandal’s biggest contributor is STILL setting even more money aside to cover the cost of compensating those mis-sold.

Lloyds Banking Group announced in their recent annual results that they were raising their PPI provisions for the 20th time since 2011 when the saga began.

Adding another £200m to their bill, which now stands at a mind-boggling £19.4bn, Lloyds said they continue to experience ‘higher expected complaint volumes’ and revealed the average amount paid out for each complaint has also risen.

Like many of their fellow major banks though, Lloyds still has huge amounts waiting to be claimed and not enough consumers are checking with the deadline just months away. 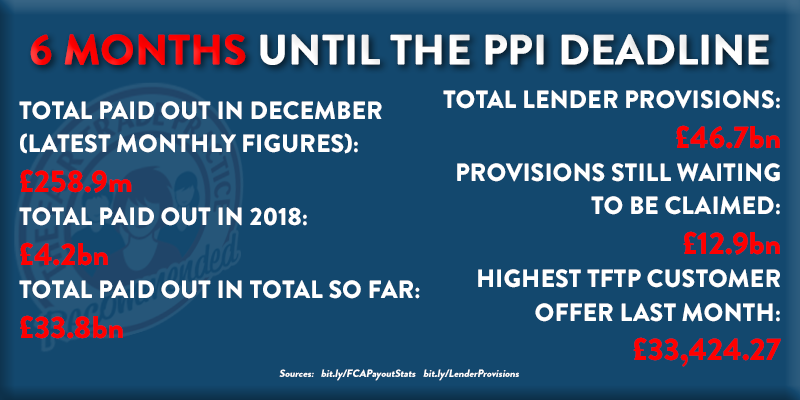 No further increases in PPI provisions were announced elsewhere in the annual results of Britain’s major banks, however updates were given on how much is still left to be claimed and just how many people are seeing their complaints being upheld.

At Barclays £900m of provisions are waiting to be claimed, £700m remains at RBS and CYBG still hold £275m of provisions, whilst HSBC revealed they expect to see the rate of upheld claims rise to 83% in the future.

Billions in provisions across the industry are set to be recouped by the banks based on current rates, because not enough people are checking their finances despite huge calls to do so from the industry regulator and consumer champions. 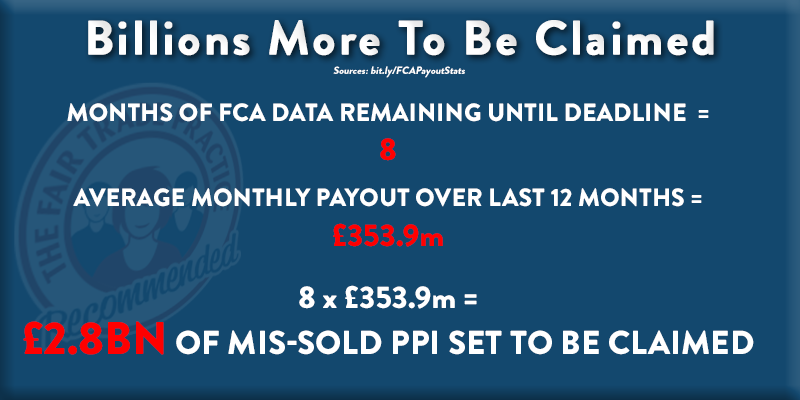 Numbers of PPI complaints have risen to record levels, and the amount paid out to consumers rose in 2018 compared to previous years.

However, tens of billions in funds set aside by lenders specifically to pay those who were mis-sold PPI are still set to go to waste based on current complaint levels. 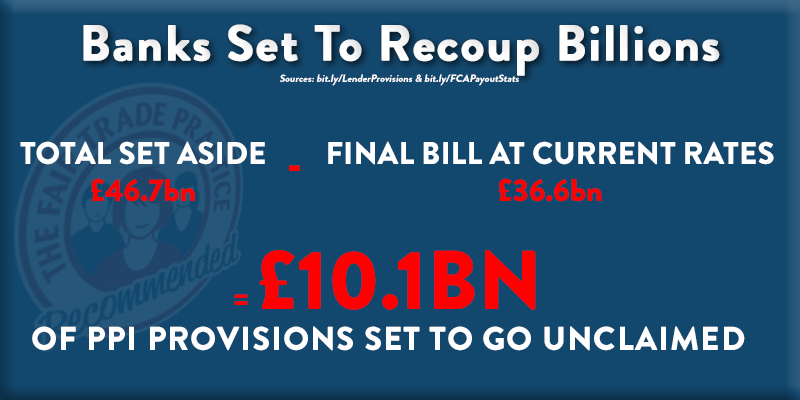 That means almost 80% of the £12.9bn in remaining PPI provisions is at risk of being retained by the banks, so anyone who has ever had a loan, credit card, mortgage, overdraft, store card or catalogue credit must start checking now to avoid missing out.

Millions have no idea whether or not they have a case to complain about, with one of the main reasons for mis-sale being that PPI was added without the customers’ knowledge. 95%* of our successful customers here at The Fair Trade Practice were unsure if they had PPI before they worked with us.

Just finding out if you’ve ever had PPI will not be enough to beat the deadline – you must have actually filed your complaint with the lender by August 29th to be sure it will be investigated in time.