Another month falls from the PPI countdown calendar. Are you at risk of missing out? 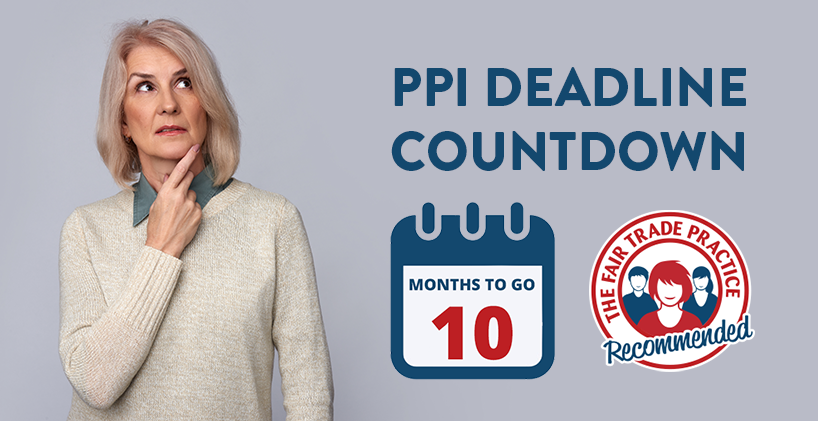 There are now just 10 months to go until the August 2019 claims deadline for PPI, with this month showing the banks are STILL mishandling complaints and top banking executives demonstrating what little remorse they feel for the billions they mis-sold.

With less than a year to go until the cut-off point, the industry regulator the Financial Conduct Authority (FCA) has confirmed payouts in 2018 have now surpassed £3bn.

That is thanks to more than £340m being returned to consumers in August, the most recent monthly data available. Millions more are yet to check however, despite billions of lender provisions still waiting to be claimed: 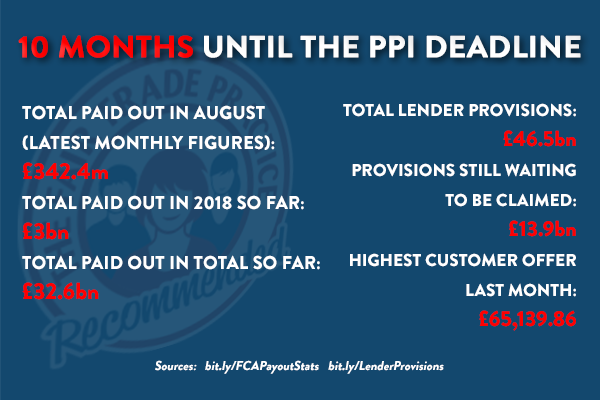 Despite the total bill now exceeding well over £32bn the Chairman of Barclays, the second worst offender in the mis-selling scandal, still found cause to insist PPI claims had turned ‘portions of Britain into fraudsters’.

John McFarlane’s comments were widely condemned as ‘Absolutely outrageous’ and ‘spectacularly tone deaf’, as his bank still have £1.4bn specifically set aside to compensate those mis-sold PPI.

Over at RBS, of which UK taxpayers still own 62%, chief executive Ross McEwan said he could not promise another financial scandal would not happen at the bank in the future.

Both the comments followed new research from consumer group Which? who investigated PPI checks carried out by Britain’s top 5 banks and found millions could have missed out.

Barclays, HSBC, Lloyds Banking Group, Santander and Nationwide all admitted to the investigation that when a consumer makes a complaint about a specific account, such as a credit card, the bank will not check other products, such as loans and mortgages, to see if PPI was added elsewhere.

According to the banks they will only carry out a wider check if the customer specifically requests it or makes a ‘general complaint’.

Which? says this means ‘millions could be owed additional compensation’ and is urging those who have already checked for PPI to check with their bank again.

Here at The Fair Trade Practice our expert checking service will look at all lines of credit held with the banks, making sure our customers do not miss out like those featured in the Which? investigation.

PPI was attached to loans, credit cards, mortgages, car finance, overdrafts and even catalogue credit, and has been described as the ‘biggest mis-selling scandal in financial services history’.

As well as customers who were mis-sold – such as those who did not ask for the cover, did not need it or would not have been able to use it – tens of thousands are submitting complaints under Plevin rules, relating to undisclosed high commission received by the lender.

PPI complaints are at their highest levels for four years, but despite the momentum being with consumers as the clock counts down to August’s claims deadline millions are still at risk of leaving it too late to check.