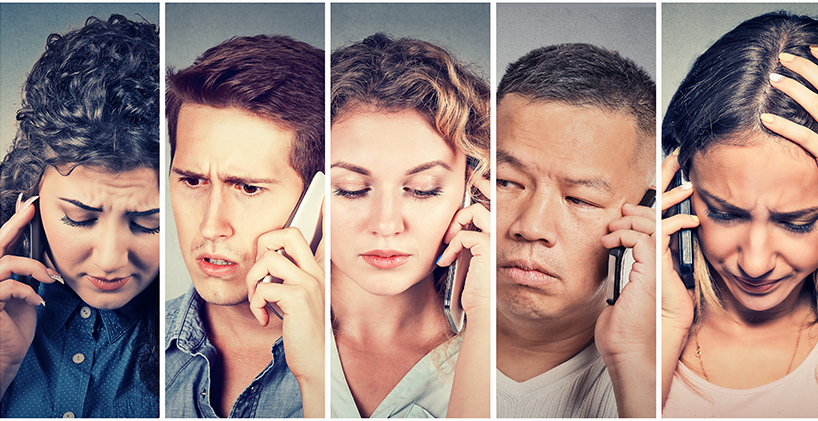 New research shows Britons were subject to more than 2 billion nuisance calls and texts over the last year.

Consumers received communications regarding injury claims, holiday sickness, pensions and Payment Protection Insurance (PPI) from a range of companies, primarily targeting those over the age of 65.

According to these figures that means 4,200 calls or messages were sent to consumers every minute of 2017.

Nuisance calls have long been the bane of many lives as these unsolicited and often repetitive intrusions into people’s homes have yet to be fully cracked down on by authorities.

An act currently being processed in Parliament looks at the issue of cold and nuisance calling, proposing a single financial body be given jurisdiction over the issue and have the power to recommend companies to the Secretary of State who should be banned.

That bill has had a difficult time proceeding though, having initially been raised in the House of Lords in June last year it is currently still awaiting a date for the second reading in the House of Commons. This is still five stages away from gaining Royal Assent and becoming law.

At present the Information Commissioner’s Officer (ICO) handles complaints from the public and oversees punishments for companies who overstep the mark.

In May last year the ICO issued their largest ever fine to Keurboom Communications Ltd for making almost 100m nuisance calls over an 18 month period.

Having tried to hide its identity the company was found guilty of contacting people, sometimes several times a day or at unsocial hours, without consent and was fined £400,000. The Luton-based firm soon went into liquidation.

Aviva commissioned the new research, and their UK claims director Rob Townend said: “Enough is enough. Nuisance calls are a national epidemic, which must be stopped.

Whether it is a call chasing an injury you may or may not have sustained in an accident, or a pension scammer attempting to con unsuspecting individuals out of their hard-earned retirement savings, there is no place in our society for them.

Aviva is urging the government to put a swift end to these cold-calls. The Financial Guidance and Claims Bill currently before parliament is a terrific opportunity to ban these unsolicited calls once and for all.

If the government is serious about protecting all members of our society, including the most vulnerable, then it should take decisive action and ban them.”

For some registering on the Telephone Preference Service (TPS) just isn’t enough, with a 2016 study by Which? finding that British households were pestered up to 60 times a month.

At The Fair Trade Practice we are proud to be the ethical choice in our industry, and do not need to engage in any cold calling.

With more than 95%* of customers recommended to us by someone they know we only call people who have given their permission and are expecting to hear from us.

Furthermore we are regulated by the Claims Management Regulator (CMR) and therefore abide by its rules and guidance which specifically prohibit cold calling.

Described as ‘the biggest mis-selling scandal in financial services history’, the PPI mis-selling saga has already seen UK banks pay out £29.2bn in compensation and refunds.

However of all the provisions they have set aside £15bn still remains unclaimed from UK banks. It is the scale of this scandal which sees our customers continuing to recommend us to their friends, family and colleagues.

That’s why we don’t need to bombard our customers with spam communications or advertise on TV or radio, and why more people than ever before are checking for PPI with us.

With next year’s claims deadline set by industry regulator the Financial Conduct Authority (FCA), including new regulations relating to undisclosed high levels of commission which also give possible cause for a PPI complaint, if you or anyone you know is still yet to check then get ahead of the queue now.

Further promotion of the deadline thanks to the FCA’s ‘Arnie’ advertising campaign will see the numbers of complaints grow even further this year, with numbers already at a three year high.