Deadline count continues with 11 months left to check for PPI 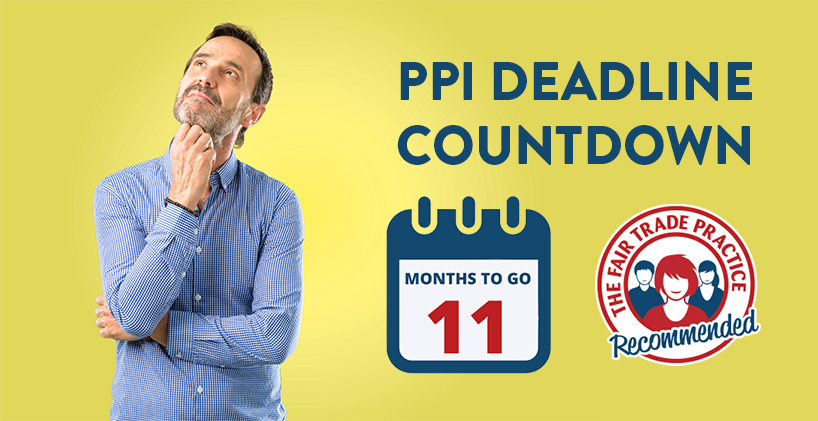 Millions more potential complaints about mis-sold Payment Protection Insurance (PPI) are still yet to be made with just 11 months left to go until the August 2019 claims deadline.

Time is now running out with less than a year to go until the cut-off point set by the industry regulator the Financial Conduct Authority (FCA).

Hundreds of millions of pounds in compensation continues to be paid out each month, but those still yet to check for PPI will lose their chance forever next August.

Latest compensation figures from the FCA show more than £2.7bn was paid out in the first seven months of this year, with billions worth of lender provisions still waiting to be claimed. 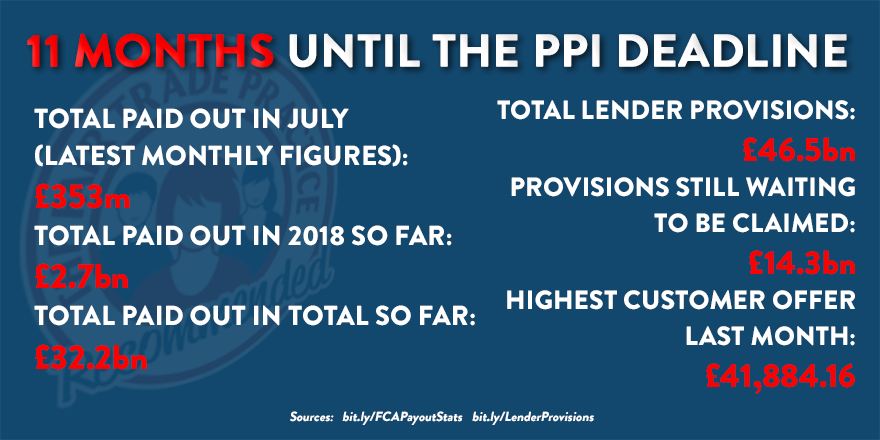 As well as customers who were misled by their bank over PPI – such as those who did not ask for the cover, did not need it or had it added to their finance despite saying no – tens of thousands are seeing cases considered under Plevin rules.

The level of commission on PPI policies received by the lender may have been unfairly high, with an average across the industry of 67%, and if the customer was not informed then they are due money back under Plevin.

Over 77,000 people used Plevin to complain to their lender about commission levels in the first half of 2018, according to latest figures from the Financial Ombudsman Service (FOS).

PPI complaints have risen to their highest levels for four years, perhaps helped in part by a multi-million pound advertising campaign run by the FCA featuring an Arnold Schwarzenegger impersonator.

Many however are still not checking if they were one of the millions affected by the ‘biggest mis-selling scandal in financial services history’.

All the momentum is with consumers as the clock counts down to August’s claims deadline, but there will be no second chances for anyone who leaves it too late.