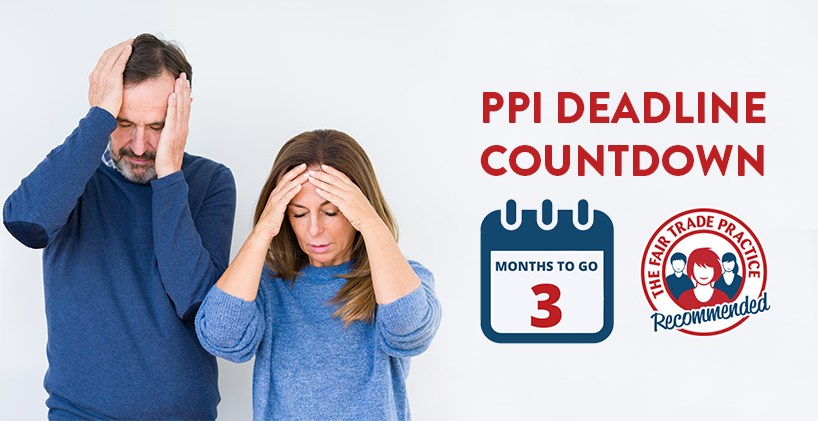 Corrections by the industry regulator the Financial Conduct Authority (FCA) have revealed even more money has been paid out to those mis-sold PPI than previously thought.

Whilst confirming the latest figures for March 2019, the FCA also updated the totals for the previous 14 months stretching right back to January of last year.

In total more than £207m of additional compensation has now been added to the total amount of redress paid to UK consumers affected by ‘the biggest mis-selling scandal in financial services history’.

The news comes with just 3 months left to go until the claims deadline set by the regulator of August 29th.

After this point no new complaints about mis-sold PPI will be considered, and anyone who still hasn’t checked their finances will lose out on their chance to do so forever. 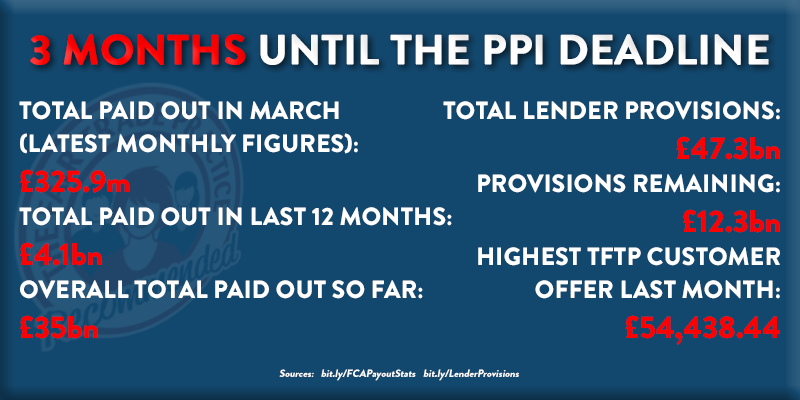 With these new amounts included, plus the latest figures for March, the total amount paid out by banks and lenders for mis-sold PPI has risen to over £35bn.

Despite the PPI scandal being in the news for over a decade, and an advertising campaign from the regulator promoting the deadline itself, there are still huge numbers of consumers at risk of missing out.

That’s despite more than £10bn of lender provisions still waiting to be claimed.

PPI was widely and systemically mis-sold, often being added to lines of credit without the customer’s knowledge or despite them declining it at point of sale.

Out of all the money banks and lenders have set aside to pay PPI costs, more than a quarter still remains unclaimed. There is no obligation for this money to be returned after the deadline, so indications are that this money will be invested back into banks’ balance sheets.

To return all the remaining provisions in just 3 months seems highly unlikely, meaning millions will miss out on what they are rightfully owed.

That is unless those yet to heed the warnings about checking for PPI take action now.

There is still time to start a PPI complaint, but with weeks of processing time involved in getting a check to complaint stage many do not realise just how close they are to missing out.

Those in their 40s & 50s may be particularly at risk – as here at The Fair Trade Practice we have seen customers in those age group receiving almost twice as much compensation as all other age groups combined* in the last two years.

The average amount received by our successful clients is more than £3,300**, with 95%** unsure if they had PPI before they began working with us.