With less than 18 months to go until the deadline, 5 top banks reveal over £6bn of PPI provisions STILL yet to be claimed 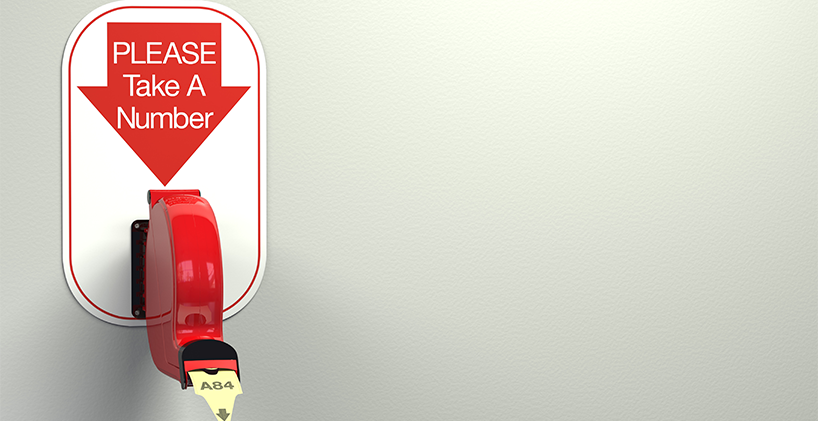 With less than 18 months to go until the claims deadline for mis-sold Payment Protection Insurance (PPI) five of the UK’s major banks have revealed they have more than £6bn of provisions STILL waiting to be claimed.

Despite a combined bill across the industry of £29bn in refunds and compensation so far, five of the UK’s biggest high street banks have confirmed they still have billions more unclaimed whilst reporting their annual results for 2017.

Lloyds, the lender with the biggest PPI mis-selling bill, also have the largest amount of provisions yet to be claimed at £2.4bn.

There is £1.6bn earmarked for consumers at Barclays, RBS still have £1bn and there is £868m still remaining at HSBC.

Add in a further £356m at Santander and that amounts to over £6bn set aside by these banks alone to compensate victims of the PPI mis-selling saga.

Their remaining provisions make up 40% of the total still yet to find its way to its rightful owners, based on figures from financial services think tank New City Agenda.

Even with complaints at a three-year high and the most recent payout data from the regulator showing a fourth consecutive monthly increase, there are still millions yet to check their finances and see if they could be owed.

In fact industry regulator the Financial Conduct Authority (FCA) estimated that 4 in 5 potential complaints about PPI were yet to be made. 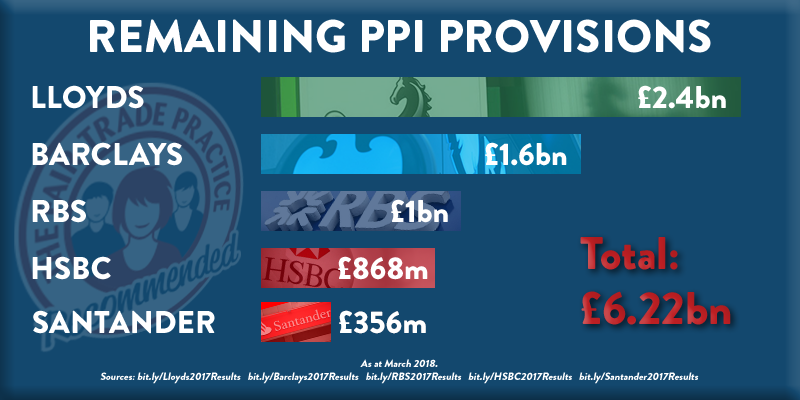 According to estimates from the Financial Ombudsman Service (FOS) complaints are expected to rise furthermore as consumers look to beat the queues ahead of next August’s deadline and get to grips with the new rules regarding undisclosed high levels of commission known as ‘Plevin’.

Offers of compensation in cases affected by ‘Plevin’ can be less than those seen in mis-selling complaints, however here at The Fair Trade Practice we have still seen commission-based redress amount to more than £30,000*.

Despite some predictions that they would decline, PPI complaints have risen partly thanks to the FCA’s public awareness campaign late last year which featured an Arnold Schwarzenegger impersonator.

With billions still remaining and time beginning to run out, more people than ever before are checking with us to see if they were part of ‘the biggest mis-selling scandal in financial services history’.

So if you have ever had finance with any of the top high street banks and are still yet to check for mis-sold PPI, what are you waiting for?

More than 95%** of our new customers recommended to us by someone they know, so we don’t need to cold call. Click here to see all the reasons why we’re not like some other claims management firms.