The numbers behind PPI: How much have CMCs helped in the fight against mis-sold PPI?

It’s the biggest scandal in UK financial history, but you could be forgiven for being confused about who is to blame for the PPI mis-selling saga.

The answer is of course the banks, lenders and brokers who mis-sold the product to millions who did not need, could not use or did not ask for Payment Protection Insurance. That same industry also took two thirds of the premiums as profit on average, without telling their clients, and then went to great lengths to reduce the costs associated with setting things right through legal battles, undervalue payments and flouting the rules.

Simple, right? Well unfortunately not for some. 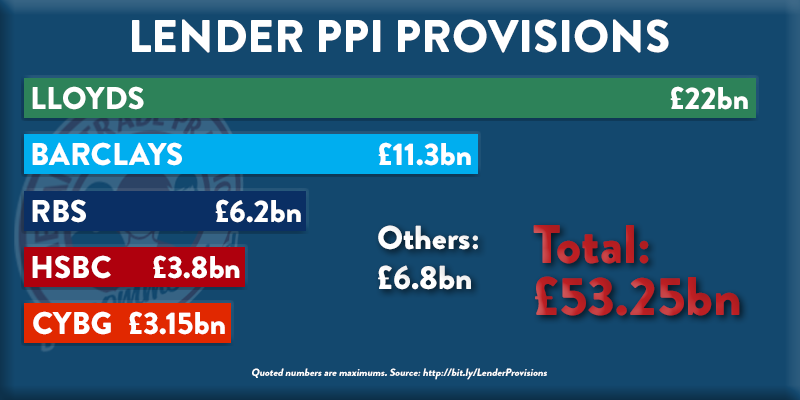 With the Financial Conduct Authority’s claims deadline passing last month, the latest batch of PPI provisions were announced at some of the major banks, amounting to over £3bn between them.

With this news though came fresh attacks on another industry, one whose sole objective was to combat those truly responsible for mis-selling PPI and the undisclosed high commission that often came with it.

Claims Management Companies are most commonly known as CMCs, but have been labelled as ‘ghastly’, ‘vultures’ and ‘ambulance chasers’ (the latter being the most factually inaccurate for financial claims firms who do not even deal with personal injury cases).

These businesses which offer to handle the complaints of consumers for a fee, like any other industry, operate with a view to making a profit. News that will shock precisely nobody.

But it seems it is for this reason that so much anger and aggressive rhetoric is directed in the direction of CMCs.

To be clear, consumers can make financial complaints themselves, directly to institutions and for free. There is no greater chance of success by using a CMC and any compensation payout received will not be any greater as a result. Any firm who suggests otherwise is breaking regulatory rules.

There will be all sorts of reasons why a consumer might make either of the choices above – and choosing to use a CMC is no different. The key is there is a choice.

The customer will seek out options from different firms, or in the case of The Fair Trade Practice receive a recommendation from a friend, learn what is required and sign a contract to go ahead if they’re happy.

So why is it that firms face such fierce animosity for taking on this business and processing claims at their customers’ request?

At time of writing the total for PPI refunds and consumer compensation is £36bn.

How much of that total would simply not have reached its rightful owners without the Claims Management industry? 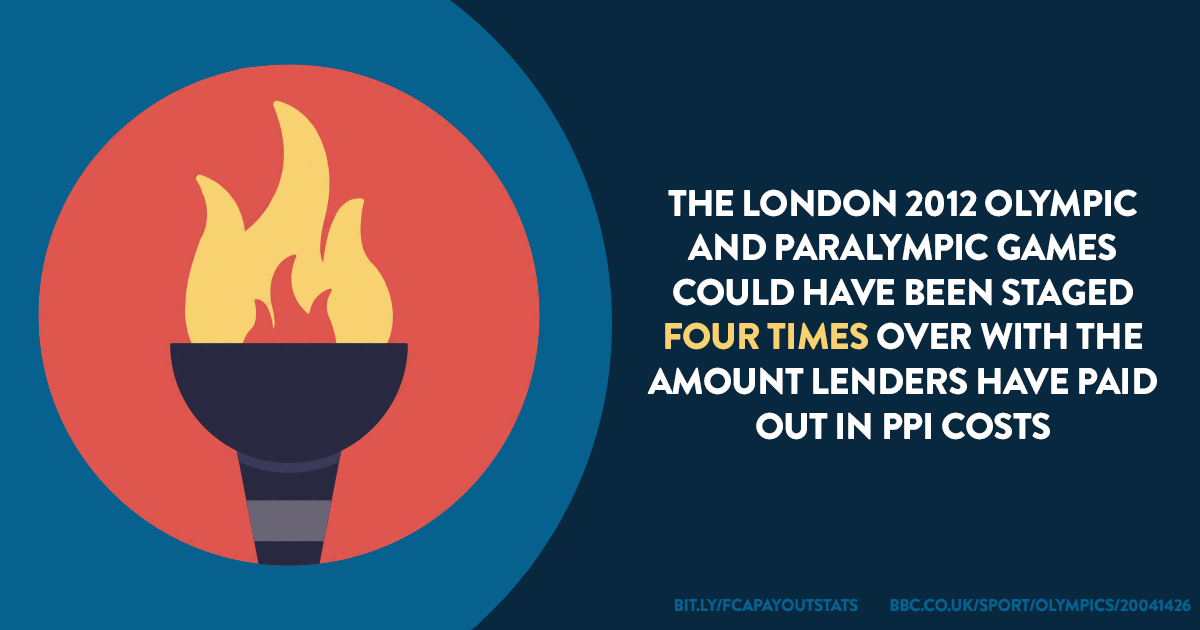 Official totals are hard to come by, but at the very least 15% of all PPI compensation received by consumers has been achieved with the help of CMCs. In addition, consider that more than three quarters of PPI complaints submitted to the Financial Ombudsman Service (FOS) last year were from CMCs and in the 18 months leading up to the PPI deadline it has been estimated that the majority of submitted claims came through members of the Alliance of Claims Companies (ACC).

That’s billions of pounds which have been rightfully returned to consumers, who chose to pay for the assistance of a professional firm. Sounds fairly straightforward doesn’t it?

Those consumers could all have complained directly for free, but they chose not to. They chose to use an organisation offering a professional, and regulated, service. Perhaps if they had not chosen to do so millions or even billions of pounds more would have gone unclaimed. Either way it was their choice, and right, to do so.

Last year FCA research showed almost 7 in 10 customers who had used a CMC to make a financial services claim within the last 3 years would not have done so otherwise.

Indeed we have seen plenty of feedback from customers here at The Fair Trade Practice which testify to exactly that. “Something I am sure I would never have got around to doing myself” said one customer, “I wouldn’t have been able to do it alone” said another. “You offer an efficient and helpful service which I would not have attempted to do on my own” one piece of feedback reads, as another customer declared: “I would never have reclaimed PPI if it wasn’t for this company”. 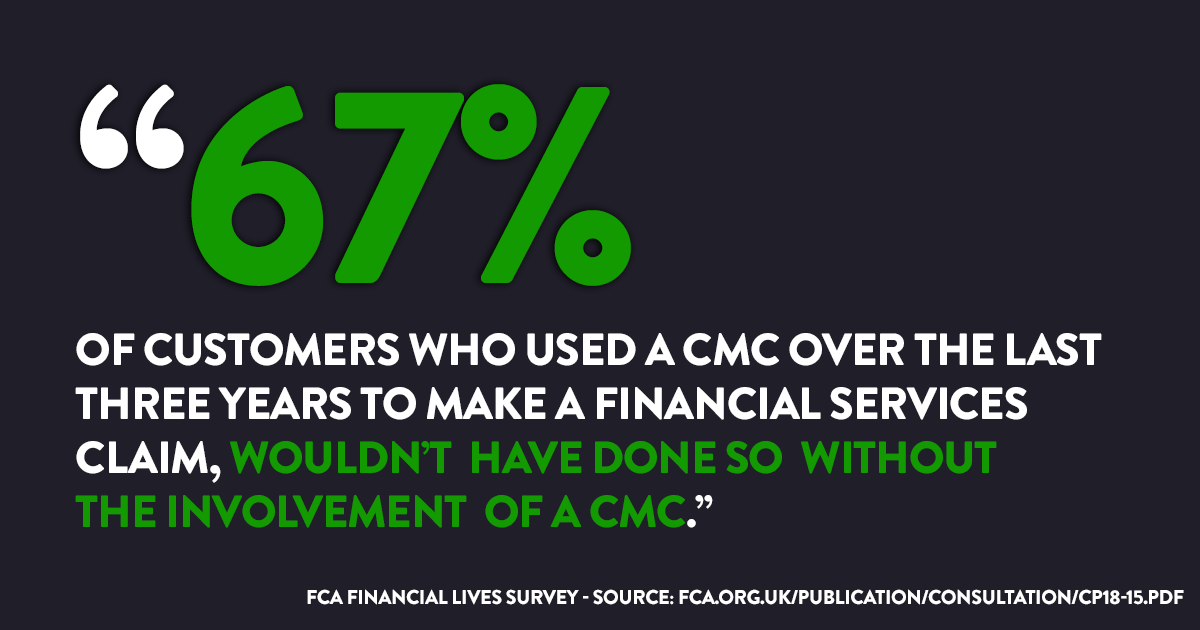 That same report from the regulator also stated: “CMCs can also act as an effective check and balance against poor practice by firms”.

Why are checks and balances against the banks necessary you may ask? Perhaps because the majority of consumers simply do not trust them. Just 40% of UK adults said they were ‘confident in the UK financial services industry’ and even less felt that firms are ‘honest and transparent’, according to that FCA research.

Some commentators have recognised where the root cause of the scandal has come from, and where the blame game should start and finish.

Commenting on the introduction of the claims deadline, James Moore said: “The banking industry is being let off a hook that it has been hanging on for years and should remain on until all those who were ripped off have been put right.”

Nils Pratley recently reflected on the beginning of the end of PPI, saying: “At some murky level, the bankers had convinced themselves that such products were justified because customers were also getting “free” in-credit banking, a deviously self-serving way to see life. PPI was a scam.… The industry has only itself to blame.”

Even consumer champion Martin Lewis, a known advocate for complaining about PPI directly, has stated that in certain circumstances paying to get your money back is ‘a perfectly legitimate choice’. He recently re-affirmed this view when speaking to the Telegraph, who report him saying “some Claims Management Companies do a ‘decent job’ and are necessary”.

When Martin Lewis singles out ‘some’ Claims Management Companies he is of course referring to the ‘cowboys’ of the industry whose cold-calling and underhand tactics seem to have tarred the whole industry with the same brush.

Make no mistake these firms exist and are being further weeded out by stronger enforcement and a recent change of regulator, falling under the remit of the FCA themselves. But renegade companies who send millions of nuisance calls, or pressure customers into signing up with them, should not detract from the good work carried out by the rest the industry who abide by strict guidelines.

Current regulations from the FCA are not dissimilar to those already put in place years ago by its predecessor the Claims Management Regulator at the Ministry of Justice. Furthermore there are organisations such as the Alliance of Claims Companies and the Professional Financial Claims Association who impose strict behavioural codes on their members, and Money Saving Expert published a list for consumers of 20 checks any worthwhile CMC should match up to.

Going back to earlier examples of other service industries – if one restaurant fails a hygiene inspection is the whole industry to blame? If one rogue trader is struck off are all tradesman at fault?

As PPI draws to an end with the arrival of the claims deadline, it’s more important than ever that the real villains of the story are remembered and held to account.

Banks and lenders earned huge profits from PPI, so much so that a Parliamentary committee report said banks were ‘content to risk a fine for mis-selling’ rather than change their ways. 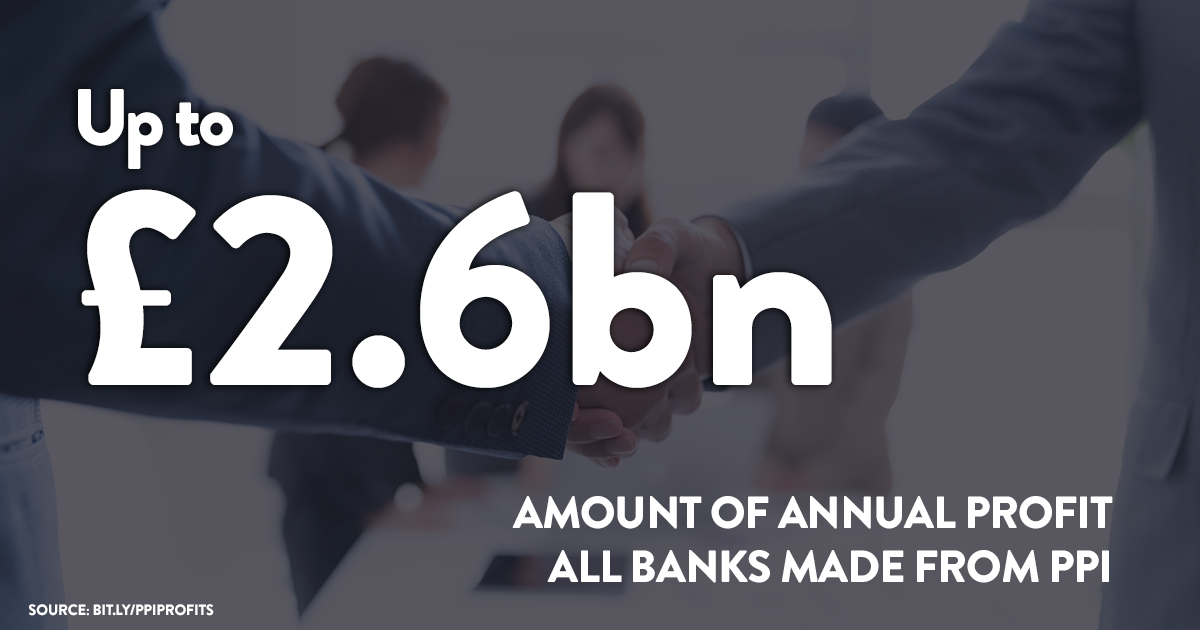 The Fair Trade Practice are proud to have played our part in helping hundreds of thousands of customers* get financial justice from their lenders and helping many more to get peace of mind in knowing they were not mis-sold.

We will not let up now the deadline has passed either, as we ensure all of our current customers get the resolution they deserve whilst continuing to demonstrate our ethical and market-leading approach.

Our customers received more than 113,000** offers of compensation last year alone, as 94%** of new customers were recommended to us.

We have been described as “nothing but helpful, professional and hard-working”, our process “an almost effortless experience” and listed amongst the best and most well-known claims companies in the UK.

The London Stock Exchange has named us amongst the 1000 companies to inspire Britain for two years in a row, and our staff have raised thousands of pounds for charitable causes.

Reputable and professional CMCs like us have been at the forefront of holding the financial services industry to account for over a decade.

The history books will remember the balance sheet figures, journals will archive the opinion pieces. But what matters most to us, and what we will always remember, is the positive change our work has helped bring to so many.