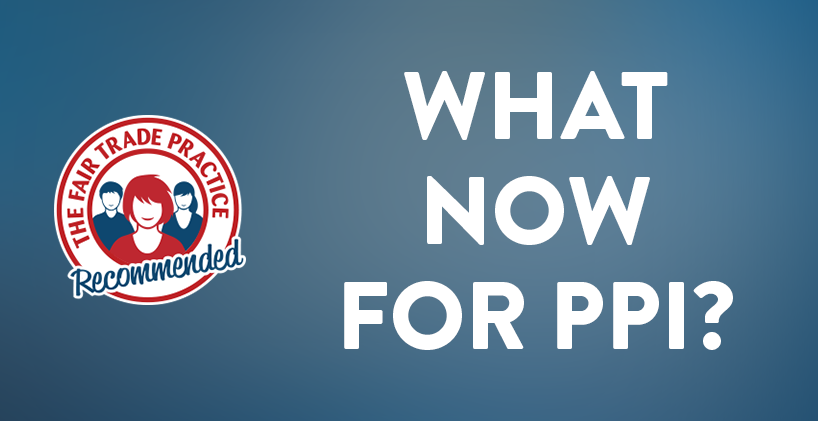 The Financial Conduct Authority’s deadline on all new mis-sold PPI complaints has passed, heralding the beginning of the end for the most costly scandal in UK banking history.

So what happens to PPI now the deadline is here?

To date £36bn has already been paid to the millions of consumers who were misled by the financial institutions they put their faith in, with that figure sure to rise once the final round of claims has been processed.

Read on to find out where consumers go from here, what will happen to complaints that were submitted in time and what the deadline means for the banking industry.

Is it really ‘Bye byes for de PPI’?

It seems like a long time ago that ‘Arnie’ uttered these words in the first part of the regulator’s deadline awareness campaign, but fast forward two years later and the deadline has now arrived.

For those who didn’t heed his ‘do it now’ warning, the chance to find out if they were a victim of the UK’s biggest retail banking scandal is now over.

Make no mistake, conventional PPI complaints as we know them are gone forever.
If you are wondering if you were one of the millions mis-sold you can no longer go to your lender and ask them to find out for you.

The only option now open to consumers looking to make a new complaint is to pursue a legal challenge through the courts, but this will seem a complicated and costly option for many.

Indeed some experts have described this method as ‘much more difficult’ and there are further limitations such as a six year jurisdiction period, the beginning of which would likely be debated as part of proceedings.

As the deadline is a piece of FCA regulation it does not apply to the courts, and it’s worth noting that some legal cases regarding PPI have in turn led to the regulator altering or adding to their own guidelines, such as the landmark Plevin case.

Speaking of Plevin, does the deadline also apply to commission-based complaints?

Yes. Despite the Plevin rules only coming into force at the same time as the deadline was confirmed, the cut-off date still applies to these cases.

This decision was not popular with commentators, but the FCA felt this was a fair approach which would ‘bring an orderly response to Plevin’.

Once the Plevin rules took effect all new mis-selling complaints had to automatically consider the levels of commission on the policy too, so if your claim beat the deadline you won’t have to worry about missing out on any potential compensation you’re owed due to high undisclosed commission.

If you wish to make a new complaint based on Plevin, then as with normal mis-selling complaints, your only route now the deadline is passed is to go through the courts.

Interestingly with commission-based cases, some complaints brought through the legal system have seen a higher proportion of premiums repaid to the consumer than through the FCA’s complaints guidelines.

In a case known as Doran, a judge ordered Paragon Personal Finance to repay 100% of the commission paid, rather than the 50% tipping point used by the FCA guidelines, and the couple were awarded almost £8,000.

The Dorans had paid 76% commission to a broker on their PPI policy without knowing, and the judge ruled that the policy would not have been taken out had the commission level been disclosed.

According to news agency Reuters, Paragon had discussed not appealing the decision with major lenders as an unsuccessful appeal in a larger court would have set a legal precedent and potentially cost the banking industry millions more in PPI compensation. Paragon denied the report.

So what about the PPI claims that were submitted in time?

Although not everyone who needed to complain did so, many rushed to beat the deadline and had their complaint submitted to the lender in time.

These cases will progress as normal, including any need for additional information along the way, and will still result in a final decision from the lender.

The rules surrounding timeframes on PPI complaints have not changed – lenders still have the industry standard of 8 weeks to respond to complaints with a final decision on whether or not they will be awarding compensation and their reasons why. However with the last minute swarm of claims many lenders are expected to be running behind as they catchup on the last few days before the deadline.

Consumers will still have the option to escalate the complaint to the Financial Ombudsman Service (FOS) if they do not agree with the final outcome, and will still have 6 months to decide whether or not to do this.

Claims made through the Financial Services Compensation Scheme (FSCS) for lenders who are no longer trading will also progress as before.

What does the PPI deadline mean for the banks?

Bringing an end to a scandal which has cost the industry almost £50bn is clearly great news for the banks.

There is no regulatory requirement for them to pay back any remaining provisions either, so once they process the last round of complaints submitted just before the deadline they will no longer have to announce costly PPI provisions as part of their important financial results every quarter.

This will come as a huge relief to the likes of Lloyds Banking Group, who regularly underestimated the scale of their PPI mis-selling liability and increased their provision 20 times over the course of the saga.

Drawing a line under PPI will no doubt lead to an increase in the stock prices of the banks, and don’t be surprised to see shareholder payouts and executive bonuses also on the increase without the burden of mis-selling legacies to worry about.

When announcing their plans for the deadline back in 2016, FCA Chief Executive Andrew Bailey said: “Putting a deadline on PPI complaints will bring the issue to an orderly conclusion in a way that protects both consumers and market integrity.”

Only time will tell if the deadline has succeeded in both these aims.

What is the final bill for PPI likely to be?

Currently the total amount which banks and lenders have paid consumers for PPI compensation stands at £36bn, according to FCA figures.

That’s equivalent to staging the London 2012 Olympic and Paralympic games 4 times over.

Monthly figures from the regulator are updated a few months in arrears, so there will definitely be increases to that final amount for claims made in the few months leading up to the deadline.

Using the monthly average of £331.9m over the last 12 months, we can estimate that the final PPI bill will be around £36.7bn.

However, as predicted, the deadline prompted a late flurry of last minute claims even crashing bank systems, and as such the final few monthly payout figures could be higher than average.

Ultimately the final bill for PPI will not be known until all claims have been processed. With claims at the FOS potentially taking years to resolve, it could be a long time yet before the line is fully drawn under the whole saga.

I’m an existing customer at The Fair Trade Practice, what’s happening with my claims?

We have kept all our customers updated on the deadline situation as it has progressed through our text, email and postal communications as well as on the phone with customers, here on our website and on our online customer tool Update+.

If your claims were at risk due to the deadline you will have heard from us detailing what steps were required to make sure it was submitted in time.

If your complaint had already been sent to the lender then we will have confirmed with you that the deadline will not be an issue.

Our processes remain unchanged, so any active claims which were submitted in time will continue as before. Should we, or your lender, require anything further we will get in touch with you as soon as possible.