Why weren’t they prepared? Banks struggle to cope with final day of PPI deadline 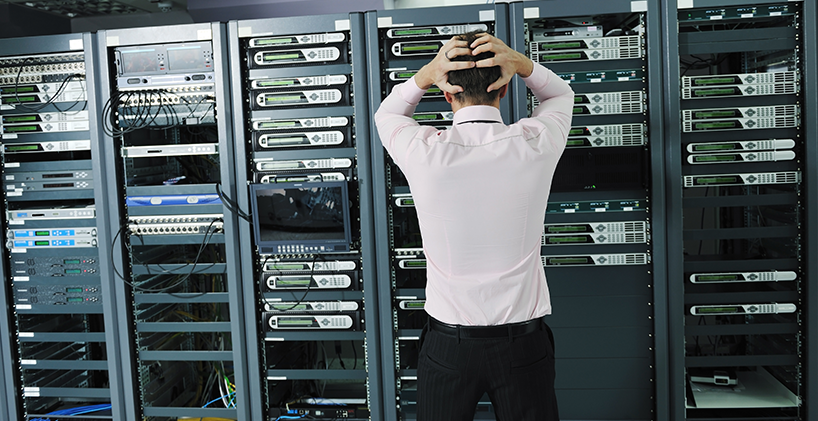 Websites and phone lines at the UK’s major banks crashed under the weight of huge demand on the final day of the PPI deadline.

Major lenders such as Santander, NatWest, Barclays and RBS all experienced technical difficulties and long waits on the day that the door to new PPI complaints closed once and for all for UK consumers.

With the deadline being confirmed by the Financial Conduct Authority (FCA) as long as two years ago, banks have had plenty of time to prepare for the end date which they pushed for and paid to advertise.

So why were customers unable to access online complaint forms? Why did phone queues stretch beyond an hour and a half? And why were Santander forced to extend their own deadline by a further 20 hours?

Which banks had problems with PPI deadline day?

Santander was the most affected out of all the banks, going as far as extending the PPI deadline to 8pm the following evening to ensure customers could get their complaints submitted in time.

That’s because their online complaint form was unavailable to many users as it buckled under the strain of demand in the closing hours before the deadline.

Waiting times on the bank’s PPI helpline were reported to be more than 90 minutes long and users reported technical issues with certain parts of the form.

Santander simply said this was due to ‘the high volume of customers contacting us about PPI’, but even the following morning the bank were advising customers not to use mobile devices to access the complaint form.

At Barclays, the second biggest contributor to the scandal, call wait times were also topping an hour and a half.

However the bank said this was mainly due to existing complainants checking on claims already raised, and that the separate line for new enquiries had ‘short’ waiting times.

A Barclays spokesperson said: “We have seen greatly increased demand on our PPI telephone helplines as we approach the PPI deadline, and apologise to customers for the extended wait times.”

IT issues had blighted online banking at NatWest and RBS on a wider scale all week, with the rush to make last-minute PPI claims only exacerbating the situation.

There were also issues confirmed at the Co-Op bank, with a spokesperson citing a ‘technical issue’ that caused problems during the afternoon, and Lloyds took to Twitter to warn of high volumes and extended response times.

‘Not fair or right’ – reaction to the meltdowns at the banks

Commentators warned lenders to ensure customers are treated fairly in response to the issues, whilst others highlighted this an another example of the industry’s recent poor record with IT as social media posts criticised the banks for not being ready for the last day of PPI.

Consumer champion Martin Lewis said: “As predicted, there is unprecedented last-minute demand for reclaiming PPI… And that huge demand is causing even major bank systems to creak and struggle.

“It is simply not fair or right that people who have tried to submit a claim before the deadline and have been disenfranchised by bust bank tech miss out.”

Lewis said he will be ‘pushing’ for the regulator to ensure people who missed the deadline because of these issues do not miss out.

An FCA spokesperson said: “We will be expecting firms to follow the principle of treating customers fairly. Where a firm knows that customers may have had trouble accessing their services (whether website or phone) in the run-up to the deadline, then we would expect them to apply a pragmatic approach to dealing with complaints received immediately after the deadline.”

For other consumers deadline day again brought the issue of the deadline itself into focus, as many asked why it existed in the first place: 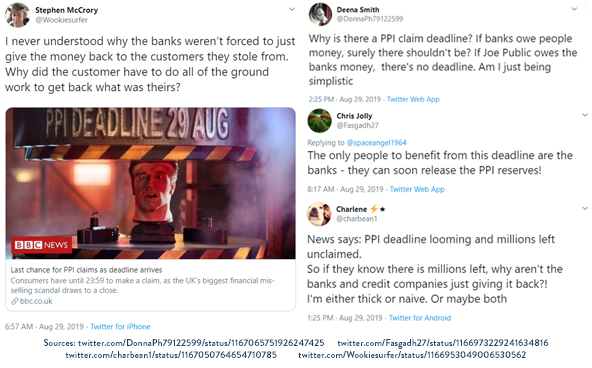 When confirming the deadline back in 2017, the FCA said it would ‘bring the PPI issue to an orderly conclusion’ in a move which would ‘benefit consumers’.

Despite the issues experienced, which may not have felt very ‘orderly’ for those trying to get through, many thousands were still able to submit their PPI complaints in time before the deadline brought the decade-long saga to a close.

Here at The Fair Trade Practice we saw record numbers of new customers recommended to us in the closing days before the deadline, as over 500,000 people used the online service Resolver and MoneySavingExpert reported 20 times more traffic to their website than usual.

PPI mis-selling is the most costly scandal in UK banking history, with current lender provisions standing at £48.5bn.

Lloyds Banking Group, the main offenders in the scandal, account for more than 40% of that figure alone having increased their provisions 21 times since the saga first began in 2011.

What the final PPI bill will be for the UK banking industry remains to be seen – total payouts currently stand at £36bn according to FCA figures.

Despite the late rush of new complaints billions of pounds set aside by lenders for PPI compensation is set to go to waste, with no regulatory obligation for the remaining money to be repaid.

That will leave some questioning whether consumers have truly benefitted from the deadline, or if millions have just lost their access to financial justice for good.