The year of the deadline is almost here – how has 2018 prepared us for the final 8 months of PPI? 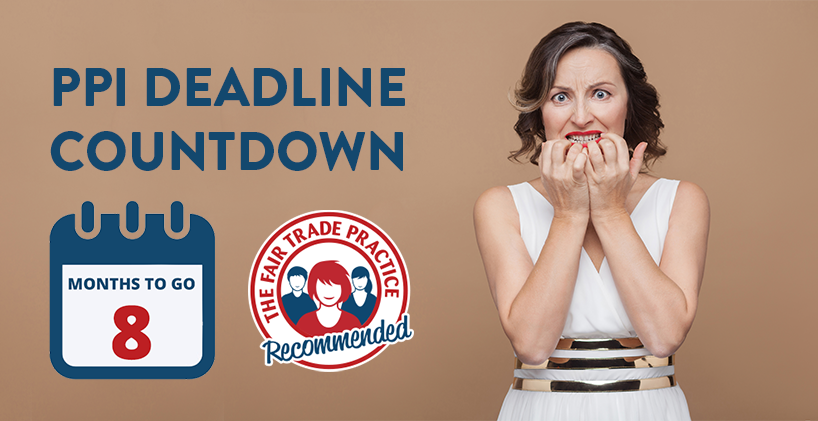 With 2019 right around the corner the year of the PPI claims deadline is almost upon us, with just 8 months left for consumers to retrieve the billions of pounds worth of mis-sold provisions still waiting to be claimed.

With an estimated £9bn set to go unclaimed at current rates many should be making it their New Year’s Resolution to check their finances before it’s too late. 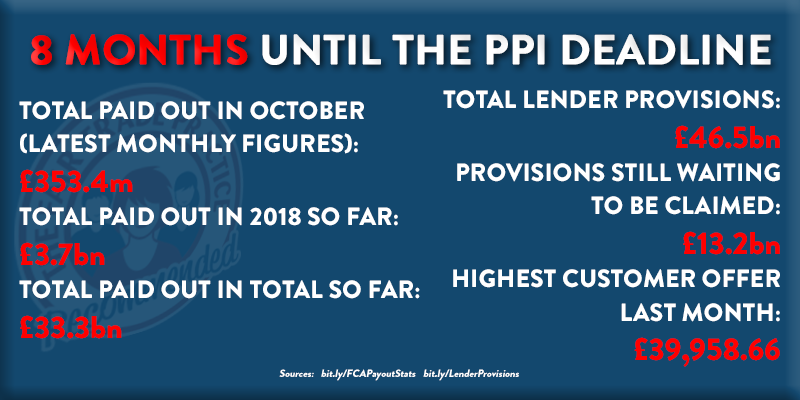 So how has 2018 prepared us for the PPI claims deadline? Here’s a look back over the biggest developments of the past year and what it means for August’s cut-off point.

Uprising down under – and is PPI forcing banks to cut their branches?

Just like the New Year celebrations PPI news in 2018 began in Australia, as Prime Minister Malcolm Turnbull announced a royal commission into the country’s banking sector.

After enduring years of scandals – such as breaches in anti-money laundering laws, ‘market manipulation’ and ‘powerfully increased’ sales targets – the highest form of public enquiry in Australia shone a less than positive light on the country’s major banks.

Outcomes since have seen AMP bank admit to lying to the regulator and its Chief Executive step down, as well as Commonwealth admit to charging fees to clients who have passed away. With similar examples of misconduct in the UK recently it left us asking why our major banks are not being looked into in a similar way.

Also in January we looked at the number of bank branches being closed down, and asked if the PPI mis-selling scandal had contributed to this trend.

Almost 950 local branches of the top four banks across the UK had closures announced or carried out in 2017, and research published after our blog went on to reveal around 60 branches were being closed down every month.

Both the costs of paying out PPI compensation and the risk of mis-selling occurring again through face-to-face banking were factors in these closures, according to one journalist.

30,000 reasons to take Plevin seriously whilst lender tries to ‘shift the blame’

A year on from our popular Q&A post on Plevin guidelines relating to undisclosed high commission attached to PPI policies, we reviewed the first 6 months of the new regulations being in place.

As well as looking at who could submit a Plevin complaint (it’s potentially millions according to Martin Lewis) we also revealed that our highest Plevin offer to date was for £31,000.

Elsewhere in February we reported that lenders were even turning on each other over PPI, as Axa and Genworth were involved in a lawsuit over who should pay for a legacy PPI bill.

Since then the case has been settled, with Genworth being told by a judge that they could not ‘shift the blame’ onto Axa and describing parts of their argument as ‘embarrassing’.

We saw the first increased provisions of the year announced in March as Santander and Nationwide both felt the impact of rising PPI complaint numbers.

Between the two firms a fresh £70m was set aside to compensate those who had been mis-sold, as both cited the FCA’s awareness campaign as one of the causes (more on that below).

March is also annual results season for the major banks and in 2018 Lloyds, Barclays, RBS, HSBC & Santander’s financial performance showed over £6bn of PPI provisions were yet to be claimed – £2.4bn of that was from Lloyds alone.

As part of their awareness campaign surrounding the deadline, industry regulator the Financial Conduct Authority (FCA) had already used the visual likeness and impersonation of Arnold Schwarzenegger in some fairly bizarre adverts across TV, Radio and in cinemas.

In April ‘Arnie’ returned and urged more people to think about different types of finance which may have had PPI attached – such as mortgages, car finance, store cards and catalogue credit.

Meanwhile at CYBG, owners of Clydesdale Bank and Yorkshire Bank, PPI provisions were increased by almost 15% as consumers continued to press ahead in claiming PPI redress owed to them.

Latest figures released in May showed that PPI cases had reached their highest levels in 4 years, increasing by 40%.

Over 1.5m people complained to their lenders about mis-sold PPI in the second half of 2017, with more than £2bn paid out in compensation.

Shortly afterwards the FCA was announcing the biggest monthly payouts total in 2 years, as £415m was paid back to consumers in the month of January to take the total PPI bill past £30bn.

Catalogue of errors as Ombudsman sides with consumers

With catalogue credit coming under greater scrutiny it came as little surprise in June when Shop Direct, owners of Very and Littlewoods, added £100m to their PPI provisions.

This additional amount almost doubled the company’s PPI costs, just another example of the effect increasing waves of consumers complaining about PPI was having on lenders.

With PPI complaints up by 10% year-on-year, the Financial Ombudsman Service (FOS) revealed that more than 1 in 3 PPI cases were being upheld in favour of the customer.

July saw a major change in the claims management industry, as new regulations were passed limiting how much any company can charge for providing claims services on PPI.

On the 10th of July a limit of 24% incl. VAT was introduced to ensure consistency across the industry and provide consumers with a greater portion of their financial award.

Spotlight falls on Lloyds with one year to go

In August attentions were turned once again to Lloyds as they announced yet another increase in their PPI provisions, the 19th rise since the scandal first began.

We tracked their bill over that time, looked back on previous broken promises and major fines relating to PPI and asked why the biggest offender in the saga consistently underestimated the full extent of their problem.

We also marked the one year countdown to the deadline in August, urging anyone who hadn’t yet checked their finances to do so as soon as possible and get true peace of mind on PPI before it was too late.

With billions set to go unclaimed when August 30th arrives, it appears there are still so many more yet to get this important message and check in time.

The latest round of payout statistics proved costly for the finance sector in September, as the PPI bill was revealed to have topped £32bn.

That was after £353m was paid to consumers in July, meaning lender provisions still waiting to be claimed stood at more than £14bn.

As the month came to a close an explosive interview from one of the top banking figures in the country was about to cause a huge stir in the media.

Another month flies by as Barclays chairman is criticised

That interview was with John McFarlane, chairman of Barclays, who said PPI claims had ‘turned portions of Britain into fraudsters’.

His comments were quickly labelled as ‘absolutely outrageous’, ‘spectacularly tone deaf’ and ‘a slap in the face’ by consumer groups, politicians and journalists.

As another month fell from the PPI countdown calendar, FCA data published in October showed that over £3bn had been paid out to consumers in 2018 so far.

Direct complainants may have missed out as complaints sore

An investigation by Which? uncovered banks using a loophole to ‘routinely dodge’ additional claims in November.

It was revealed that unless the customer specifically asks Barclays, HSBC, Lloyds, Santander or Nationwide to check all credit they have ever held with the bank, then only the particular account they are complaining about will be checked for PPI.

This means banks are avoiding thousands of potential investigations from people complaining directly – meanwhile our comprehensive checking service found over 67,000* additional accounts that our customers had not initially included when they first began their checks with us in 2018.

Later in the month it was confirmed that complaints about financial services have never been higher, increasing by almost 10% compared to the previous six month period.

How many will have missed out this time next year?

As the year drew to a close we looked at the current levels of complaints, payouts data and lender provisions to see how the saga may look when the dust settles on PPI in August.

Using the average paid out to consumers each month over the last year, and calculating how many months of figures are left for the FCA to report on, we showed how a staggering £9bn of lender provisions are set to go unclaimed.

That’s money which the banks and other companies have admitted belongs to consumers who were mis-sold, yet will be kept by the very people who mis-sold it in the first place if more people do not start checking.

PPI was added to many consumers’ loans, credit cards, mortgages and other finances without their knowledge or their consent – this simple fact means millions are not aware they even have a complaint to make.