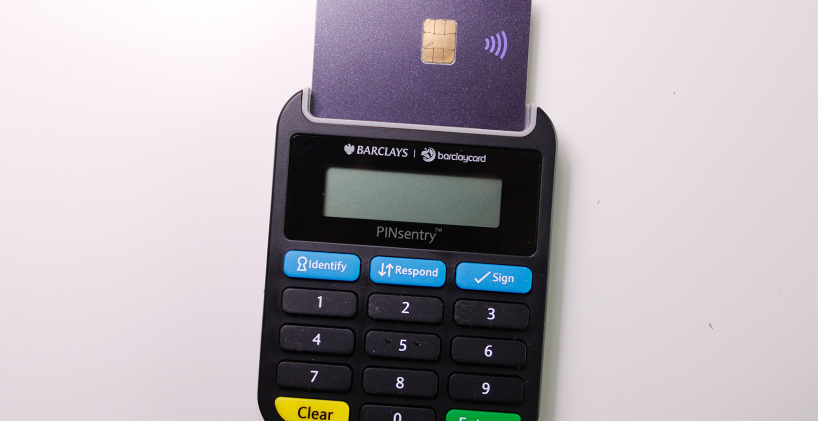 Barclaycard have written to some of their customers apologising for overcharging them and issuing refunds worth hundreds of pounds.

The lender had conducted a historic review into customer accounts and found that some were ‘adversely affected’ by ‘default fees’.

Default fees are typically charged when someone falls behind on their payments for a credit product – most commonly a credit card.

As well as the amount of these fees, which have previously been questioned and typically a charge of more than £12 is considered unfair, the consumer is also left with added interest to pay off.

In this instance Barclaycard’s review looked at how these default fees were applied and found customers could have been better supported had a limit been applied. 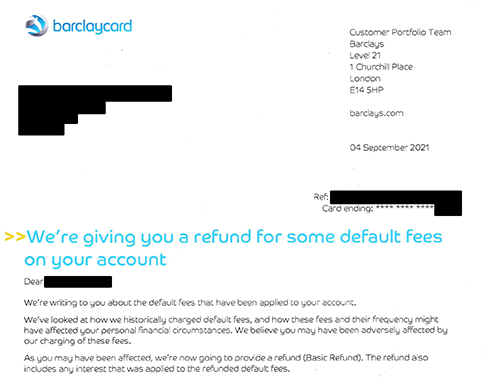 Barclaycard have not commented on the review outside of the letters sent to customers or divulged over what period of time this limit could have been in place for.

But examples of refunds we have seen have been for hundreds of pounds, with 8% compensatory interest added on top of the basic refund (something which is automatically and sometimes unnecessarily taxed).

Some Barclaycard customers took to social media to share their reaction to the refunds. One called theirs a ‘surprise’ that was significant enough to pay for a new suit for a wedding.

Further down the letter the lender did apologise for mistreating customers in this way, saying: “We’re sorry this happened and want you to know we’re here to help.”

They explained that the basic refund was the difference between what customers were charged and what they should have been charged had a limit been put in place.

Redress schemes like this which see banks and lenders sending customers proactive letters and refunds are not uncommon, with customer mistreatment still rife in the UK even after Britain’s worst ever consumer scandal – mis-sold PPI – came to an end.

An earlier series of refunds at Barclaycard saw an average of £230 given back to cardholders who had their credit limits set too high, putting them at risk of building unsustainable levels of debt.

Barclays Bank were fined £26m in December 2020 for failing to treat customers in arrears or financial difficulty fairly, the bank paying out a total of more than £273m in redress.

Then earlier this year Barclays compensated thousands of their Packaged Bank Account customers who missed out on ‘Blue Rewards’ benefits such as monthly cashback perks following another account review.

We’ve been tracking misbehaviour and financial injustice in the UK for more than a decade, playing a huge role in holding banks and lenders to account during the PPI mis-selling scandal and beyond.

We’ve covered major failures by some of the UK’s biggest names in finance from record fines to embarrassing quotes, shining a light on them right here on our blog.

Today we continue our work in assisting our customers get back what is rightfully theirs – with claims for mis-sold PBAs, tax reclaim, undisclosed Commission, mis-sold pensions and more.

If you have a financial injustice that you want to see if we can help with get in touch today by clicking here and telling us as much information about your situation as possible.